This event’s focus was on the life of Norman McLeod (b1880 d1918) the first child of Norman (b1848) and his wife Jane McLachlan. Norman, aka “Scotty”, was killed on the Western Front on May 31 1918. Scotty was a colourful character and was known in the district for his poetry, football ability, horsemanship, as well as his high spirits and drinking. He had enlisted in January 1915 and served at Gallipoli as well as the Western Front.

There were 24 descendants involved the second event. As well as the descendants of Norman (b1848) there were a number of descendants of Ruairidh involved. Much valuable information on the McLeod family tree had been supplied by Ian McLeod of Tasmania, a grandson of Ruairidh. Kevin MacLeod, also a grandson of Ruairidh, was instrumental in providing local context as well as many anecdotes of family history. The site of Morven Park homestead was located thanks to Kevin Macleod. Kevin also showed the site of Ruairidh’s home, Albanella (still standing). 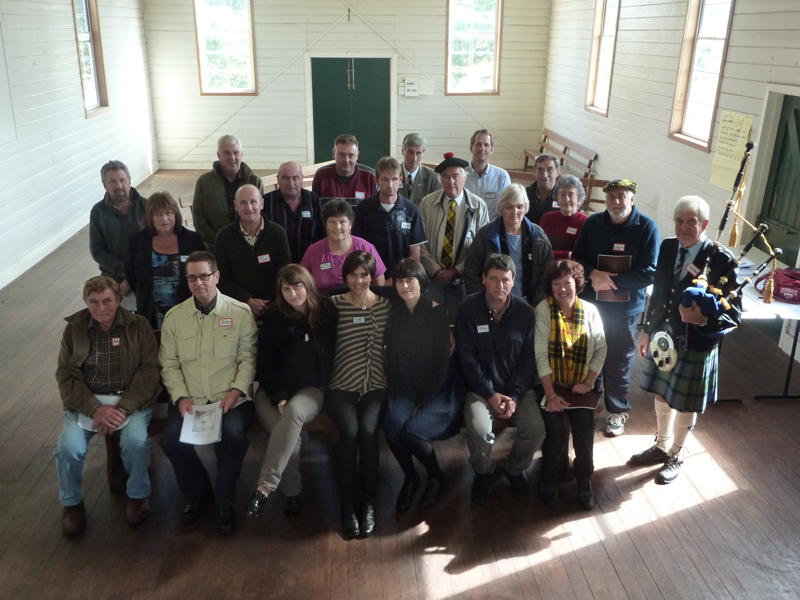